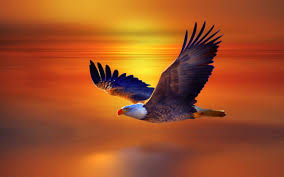 Emerging from the airport to stand in the cab line, Harvey was shaking the travel cobwebs from his brain and looked up to see a bright, shiny taxi. The cab driver jumped out and said, “Hi, I’m Wally. While I load your luggage, I invite you to read my mission statement.” Wally handed him a laminated card that read:
Wally’s Mission Statement: To get my customers to their destination in the quickest, safest and cheapest way possible in a friendly environment.
Harvey was intrigued and noticed that the inside of the cab matched the outside — spotlessly clean! When Wally slid behind the driver’s seat and asked if he would like regular or decaf coffee, Harvey was thinking to himself, “What’s up with this guy?” So he jokingly replied, “I’m a soft drink guy.” Unabashed, Wally said, “Well I have a cooler with soft drinks, sports drinks, juice, and water, so help yourself.” Then Wally pointed to a stack of current magazines and newspapers and said, “I have the NY Times, USA Today, and Wall Street Journal if you’d like to catch up on the news.” He handed Harvey another laminated card with a list of radio stations and asked if he would like to listen to the radio. “Let me know if you’d like me to point out the city’s sights or if you’d prefer to be left with your own thoughts”.
At this point, Harvey was blown away and asked with curiosity, “Have you always run your cab this way?” Smiling into the rearview mirror, Wally said, “No, I used to be like the all the other cab drivers, complaining and quacking like ducks. Then, one day I heard a motivational speaker on the radio, who talked about being an eagle instead of a duck. He said, ‘Stop complaining! Do not be a duck. Be an eagle. Ducks quack and complain. Eagles soar above the crowd.” I learned that eagles fly to a high spot and wait for the winds to come. When a storm hits, the eagle sets its wings so that the wind picks it up and lifts it above the storm. The eagle uses the storm to lift it higher and stay above the fray.”
“That hit me right between the eyes,” said Wally. “I decided to become an eagle. I looked around at the other cabs and their drivers. The cabs were dirty, the drivers were unfriendly, and the customers were unhappy. So I decided to make some changes. When my customers responded well, I did more.”
“I take it that has paid off for you,” Harvey said. “It sure has,” Wally replied. “My first year as an eagle, I doubled my income. This year I’ll probably quadruple it. You were lucky to get me today. I don’t sit at cabstands much anymore. My customers call me for appointments. If I can’t pick them up myself, I get a reliable cabbie friend to do it and I take a piece of the action.”
Harvey told the Wally story to more than fifty cab drivers over the years, and only two took the idea and ran with it. Whenever he went to their cities, he called them. The rest of the drivers quacked like ducks and told him all the reasons they couldn’t do any of what he was suggesting.
© Copyright 2020 Advett All rights reserved.